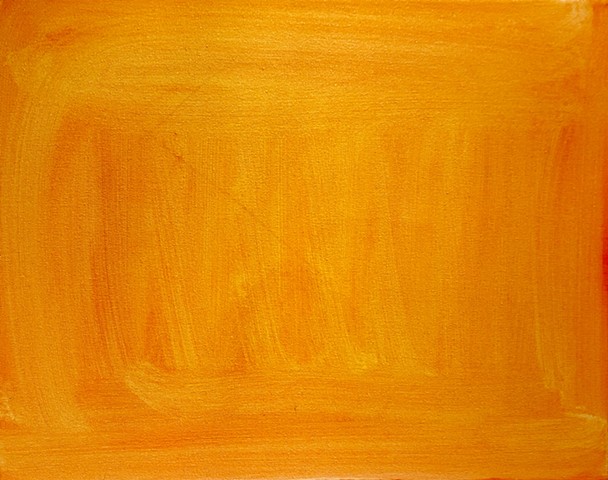 Fifth in a series of six. Challenging to say the least, given that Godiva 1 was begun thirteen years ago.

The idea was to have chocolate ... but on the wall, big, decadent, luscious chocolate rendered somewhat abstractly and with no caloric down-side. I wanted the negative space to to harmonize with the others. If lightening struck and a collector bought all six, then yes, they could be an enormous ballotin of color and darkly, meltingly suggestions of indulgence.

Thought of as a collective piece, with a thirteen-year span, painting these last few is akin to playing three-dimensional chess. The first two are bold and unapologetically quarter-abstract representations. The fourth shows a much more nuanced negative space, a gentle baby-blue-ish field around a baby aspirin pinked form meant to be a strawberry cream bonbon. Without meaning to, it turned out to be more of a nod to Wayne Thibaud, sweeter rather than in-yer-face bold.

Who knows how this one will turn out. I don't know myself. Not yet.