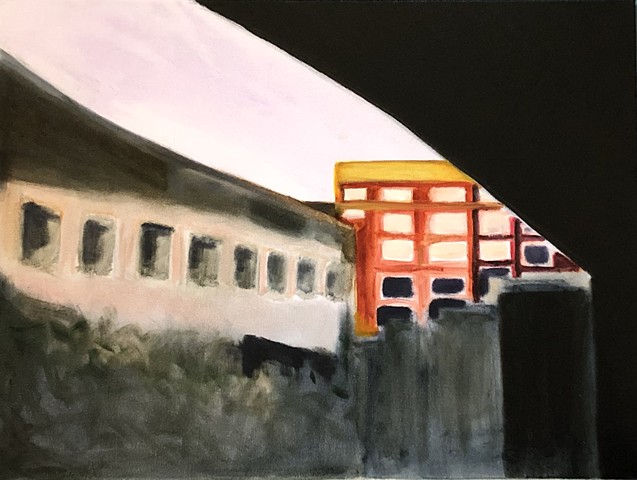 In January 2017, I took part in the Women's March on Washington.

Afterwards, taking advantage of being on the east coast, I gorged on art. By the time the train pulled out of New York, Chicago bound where I'd catch the Zephyr for Salt Lake, I'd visited the National Gallery; the Metropolitan Museum of Art; the Whitney; and the Museum of Modern Art, to say nothing of just being in New York, which is an performance piece all on its own.

As the train got underway, I looked up at the stark, old, gorgeously lit brick façades. The contrasting hard, dark edges of the overhead structure seemed to scream "modern".

I might not have the correct term.The photograph is in the Photo section. From the moment I saw the scene, it has remained in my head, waiting to be painted. It will be my homage to all that New York City made possible for all the artists and writers it nurtured.

Wish I had been one of them.